We entered our first obedience trial on Saturday 9/13/14 in the Novice "A" category. While Kaya did very well, we were a few seconds shy of qualifying. She broke her honor stay 7 seconds shy of completion. Everything else she did great! I messed up a few things as well (as our score sheet indicated "multiple handler errors") which cost us some points. We started formal obedience training at the beginning of this summer. It was great fun for both of us. She got so excited every Saturday morning when I would grab the "dog bag" and head for the door. Entering the Novice category was probably pretty risky at our stage, but we figured what's the worst that could happen? The judge said that she was sad that Kaya did not qualify. She said the rest of her performance was excellent and that we must stay with this. So back to training this fall. 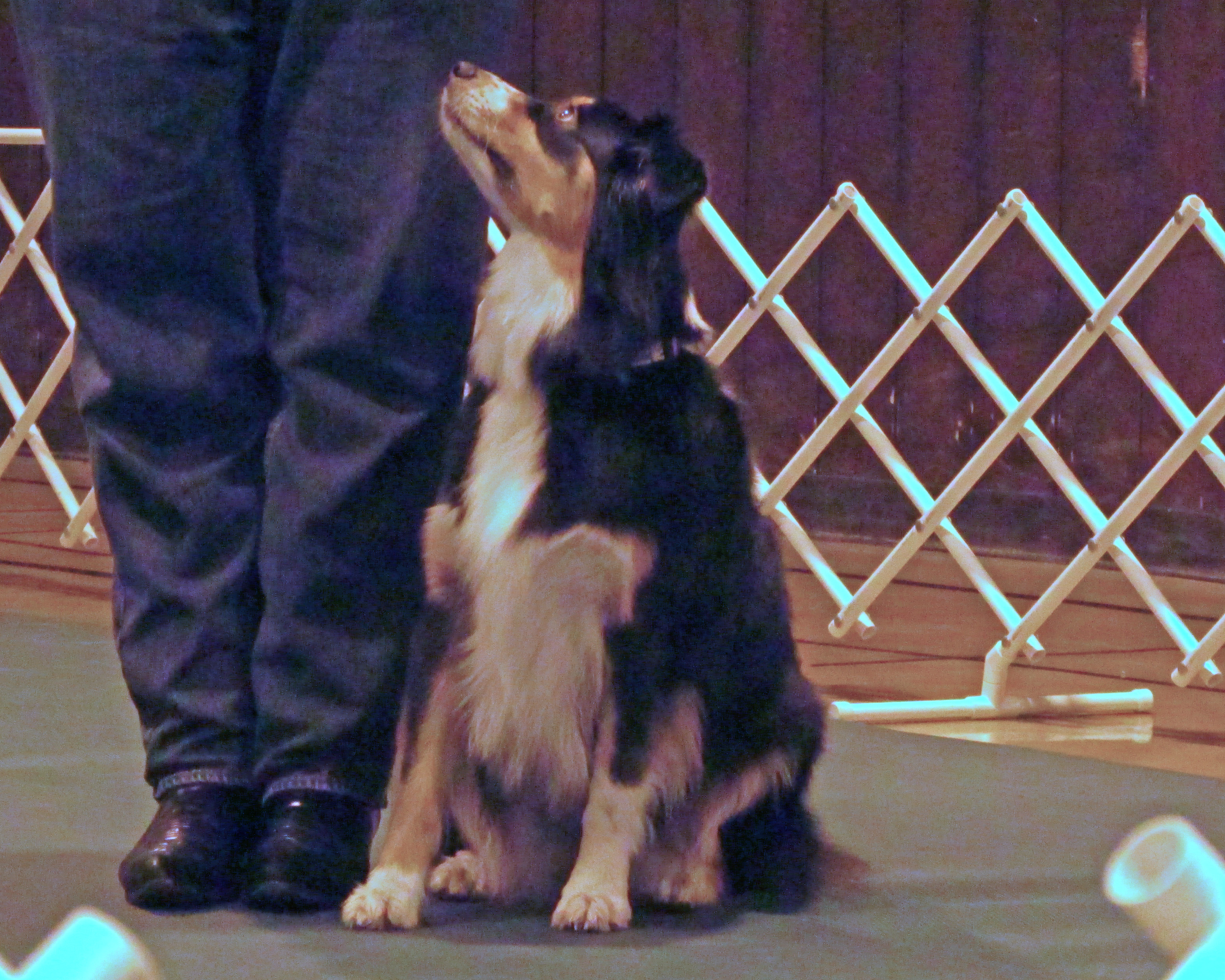 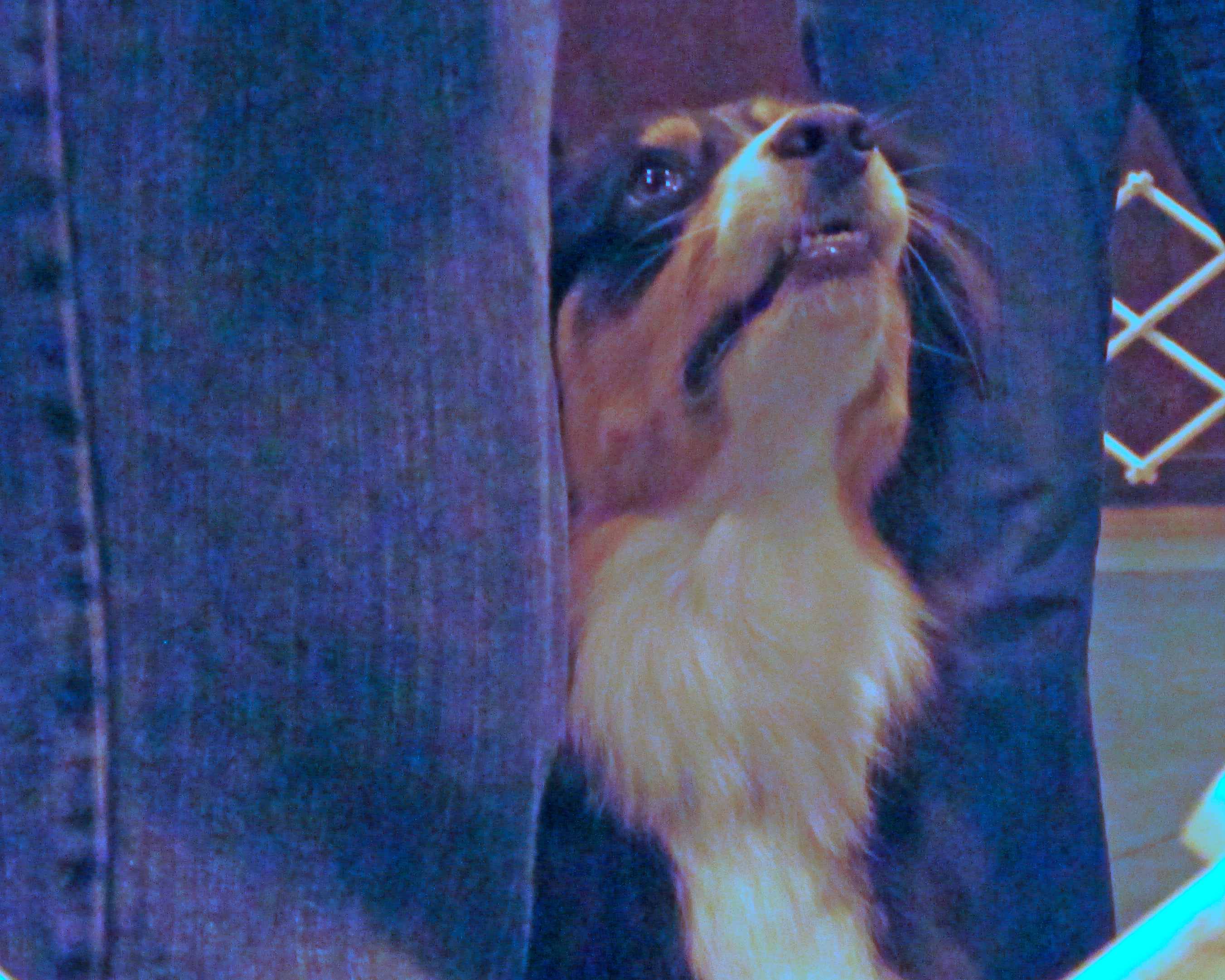 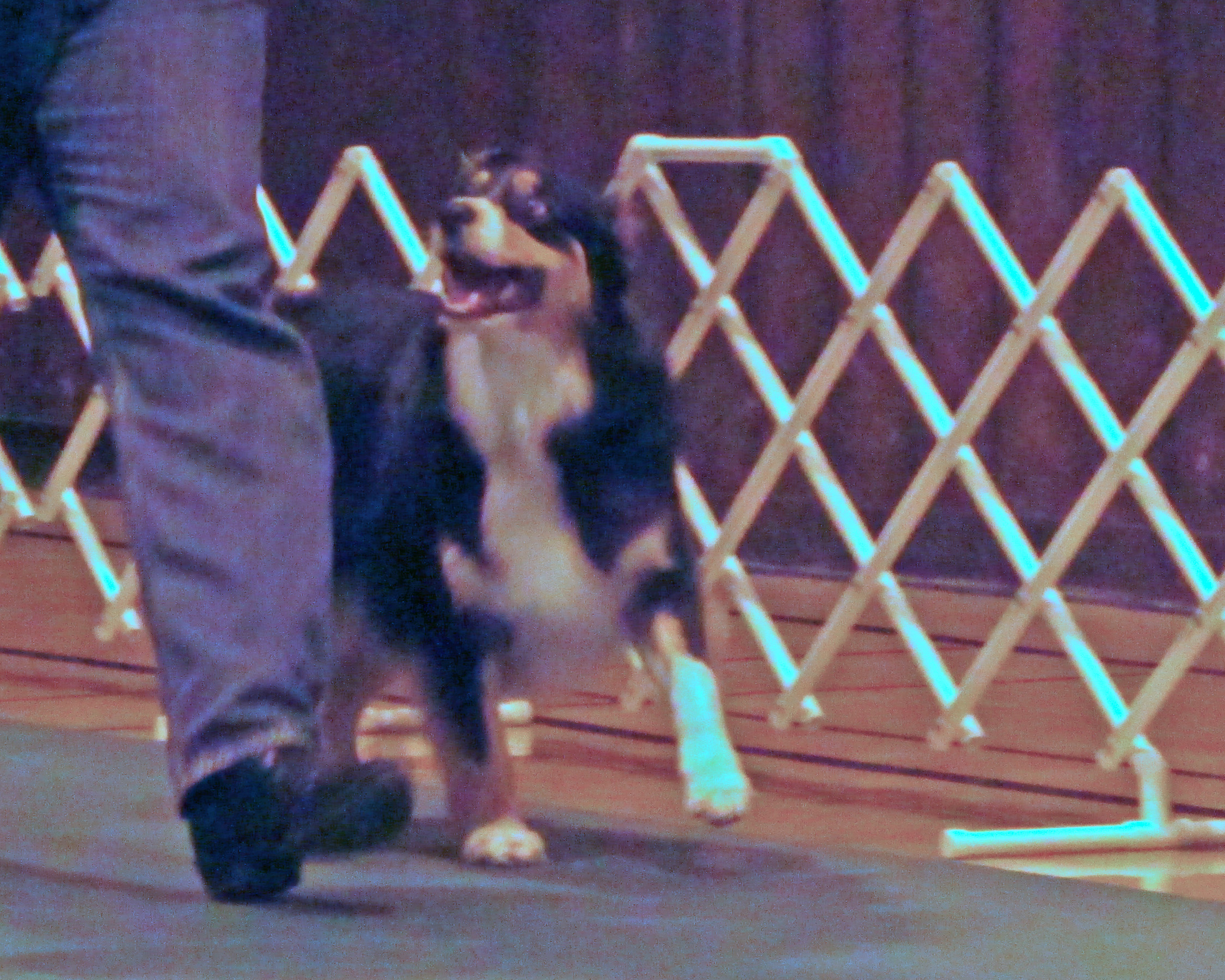 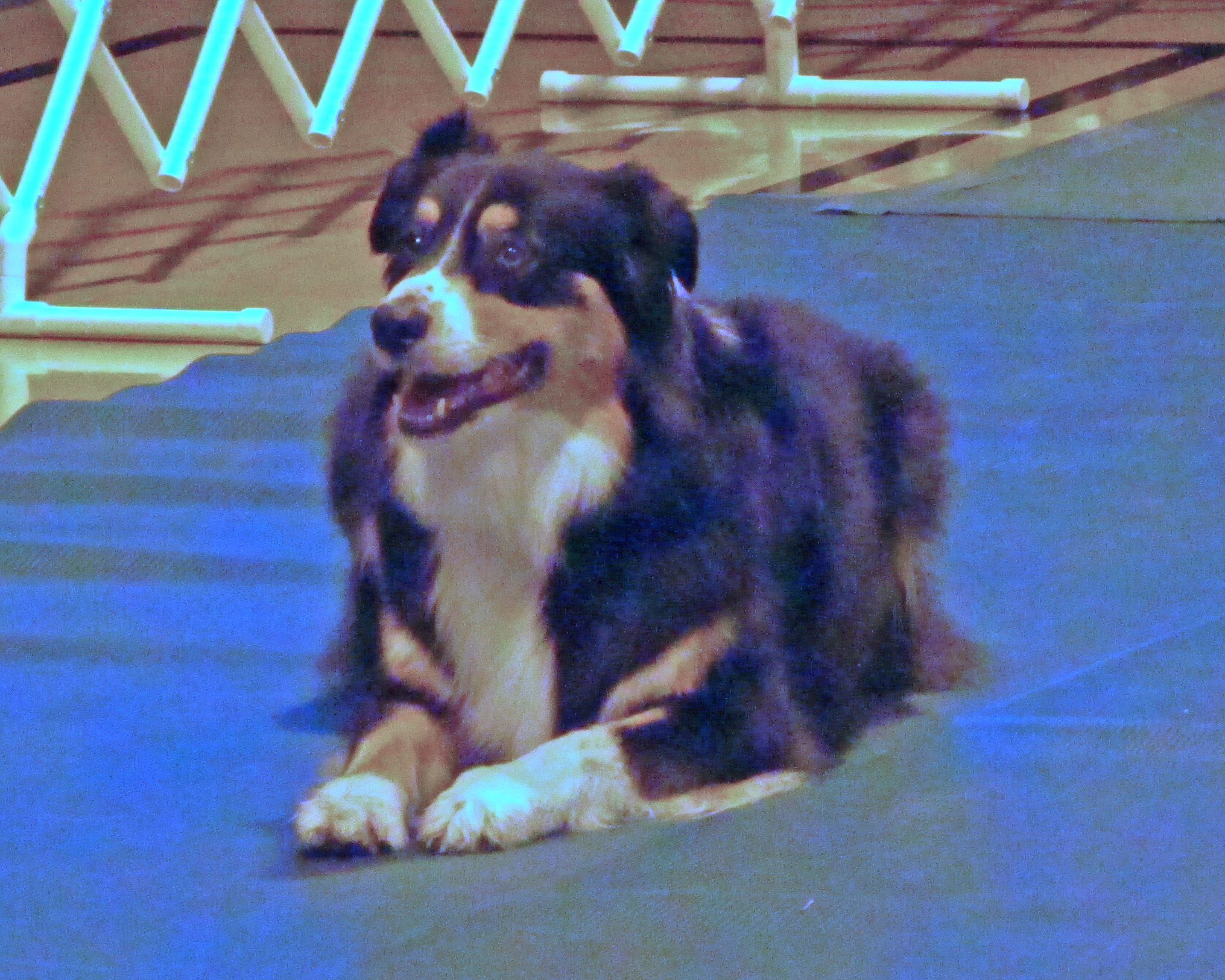 As the story goes we had been thinking of names for a week or more. We made a list of about 20 names. Marty researched the origins of the names and we had it narrowed down to three names that we both liked. When we picked her up on Wednesday March 23, 2011, we went got to the airport to fly home to Alaska and the ticket agent wanted her name for the airline paperwork. We told her we had not yet settled on a name, and we had the top three, which we relayed, in order of our current preference, Kaya being at the top of the list, the ticket agent concurred that she liked all three names as well, and as we reviewed the names, speaking each one aloud, the puppy clearly responded to the word Kaya when we said it, so we looked at each other and smiled, and that became her name, recorded on the airline document on the spot and now official. Just the other day she had here first wellness check with the vet clinic and they started a file for Kaya, so now it is officially recorded in two places of business, so we have passed the point of no return on the name, and she responds very well to her name, "Kaya".

The name stuck and Kaya thinks it is a fine name just ask her, and she will come running over to tell you all about how good it is....

Kaya - stay and don't go back Initially the name came to us as a word from a beautiful South African Song. The song says that "you carry your home in your heart". "Kaya" means "home" in Zulu and Chidigo (a dialect spoken in parts of Keny and Tanzania). It is a Ghanaian name meaning stay and don't go back. On the coast of Kenya, the Miji Kenda people refer to their sacred forests as Kaya

We got Kaya from a Australian Shepherd breeder in Mentone, CA.

If you have a dog, you too must learn the rules:

We got Kasha from the Gastineau Humane Society as a puppy. This was our first puppy that we raised together. 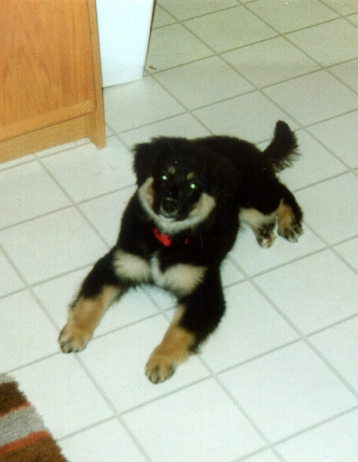 Strapper was my first dog in Alaska. I got Strapper as a puppy from my friend Bill. They were moving to a place that did not take dogs and I had already spent a lot of time with her and we had become friends.